My favorites Sign in Registration
Post Ad
Category
Health & Beauty
Bath & Body Fragrance Hair Beauty Makeup Sexual Wellness Skin Care Tobacco Accessories Tools & Accessories Vitamins & Supplements
Women have always striven for perfection in beauty. Particularly this obsession or blessing (you may consider either) makes women all over the world choose the best makeup products. Have you ever noticed how certain in your own beauty even a bit of makeup makes you feel? This is a triumphant feeling you want to experience again and again. Luckily for you and all other Nigerian women (and men, too, why not) Jiji has a gathered the most diverse and useful makeup products in Nigeria in one place so that you won't have to leave home for getting what you need. Whether you are getting prepared for a grand event such as your wedding, or merely need some basic cosmetics to wear everyday, observe the diversity displayed. Simply sit back comfortably on your chair and browse through the website to purchase premium quality and hypoallergenic face powders, lipsticks, mascaras, eye and lip pencils, foundations, corrector, false eyebrows and eyelashes, bronzers, blushers and plenty other products. 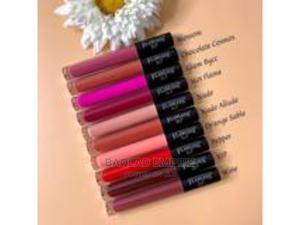 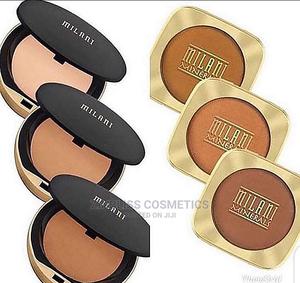 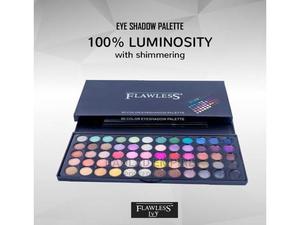 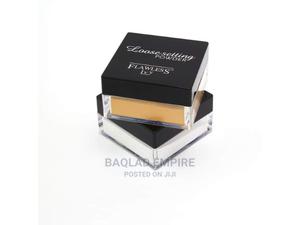 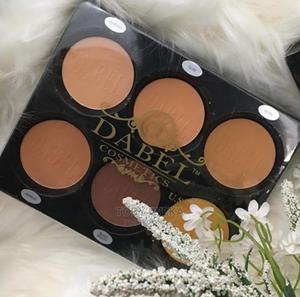 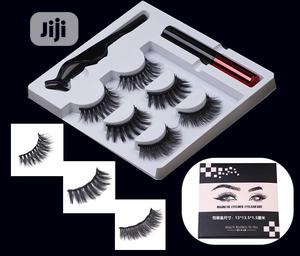 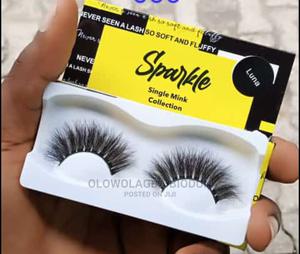 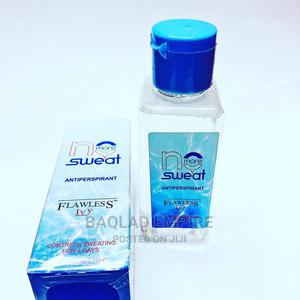 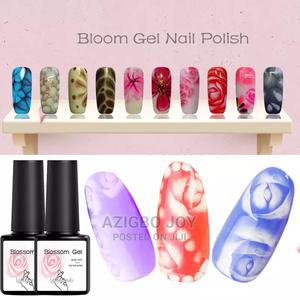 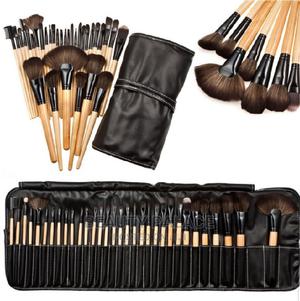 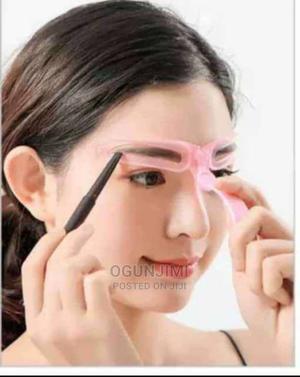 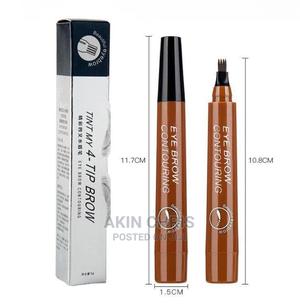 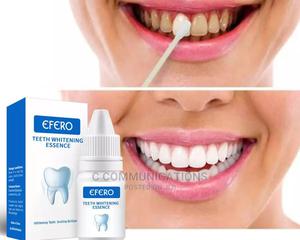 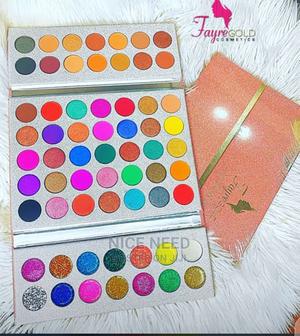 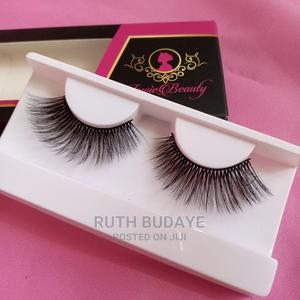 ₦ 1,000
Faux Mink Lashes. Light soft and wispy. Spice up your makeup looks with Jowie Beauty lashes. It's soft, fluffy and easy to use whether you're going to work, brunch with friends or weekend owambe
Gender: Women's
Lagos State, Surulere, Sep 1 – Makeup 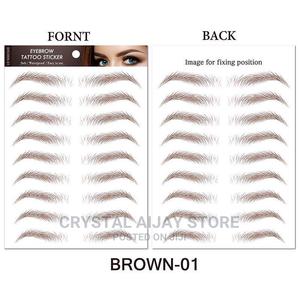 10 in 1 Eyebrow Tattoo/Easy to Wear and Last Long

₦ 1,000
Cost-effective and time-saving, compared with going to the beauty salon to get your eyebrows micro bladed. perfect for both home and tattoo salon, you can do your own micro blading. easy, a must have for eyebrow tattoo. cost-...
Gender: Women's
Lagos State, Abule Egba, 2 hrs ago – Makeup

₦ 4,500
Let the lightweight, silky texture of the OC pressed powder mattify the skin while helping to soften imperfections and even out the skin tone. Convenient and easy to use on the go, this powder helps to prolong foundation wear...
Gender: Women's
Delta State, Ika North East, Sep 17 – Makeup 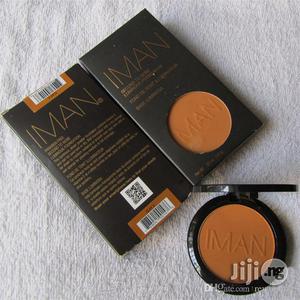 ₦ 6,500
Sleek long nailssss! i know you like what you're seeing, you're just a dm away from owning these beauties. this is exactly what you need for occasions, work or even emergency outings or dates. you do not have to worry about g...
Gender: Women's
Lagos State, Ojo, Sep 15 – Makeup 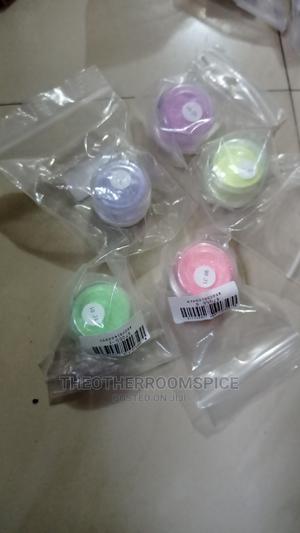 ₦ 2,599
Your perfect brows are seconds away, Literally! " End all your eyebrow troubles today with the 3 Second BrowTM - Eyebrow Stamp. The Eyebrow Stamp is the Hottest & Latest trend in the market - especially in Korea! If you find ...
Gender: Women's
Lagos State, Ikorodu, 3 hrs ago – Makeup 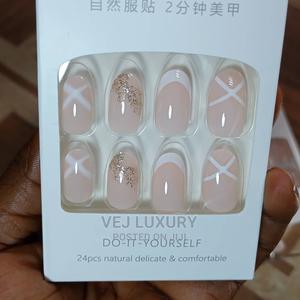 ₦ 3,500
to become more beautiful is the desire of every girl. beautiful and comfortable false nails will add beauty, lustre and finesse to you. applying them is easy, quick and effortless, without the need to visit a nail spa. they a...
Gender: Women's
Cross River State, Calabar, Sep 16 – Makeup 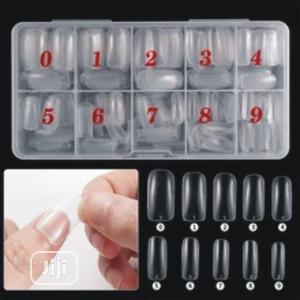 ₦ 3,200
Celebrate life with Lipstick! These creamy, vibrantly-coloured lipsticks range from beige to purple. Each shade is formulated with vibrant pigment blend, so you can count on perfectly textured colour for all occasions. The NE...
Gender: Women's
Delta State, Ika North East, Sep 17 – Makeup 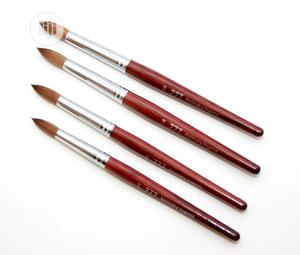 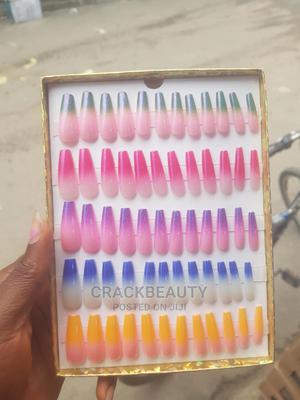 ₦ 4,500
This press on nail is for people who dont like sitting hours at the salon to make there nails... get in here and be happy
Gender: Unisex
Lagos State, Amuwo-Odofin, 5 hrs ago – Makeup 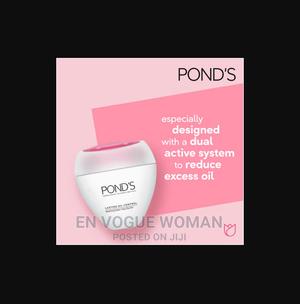 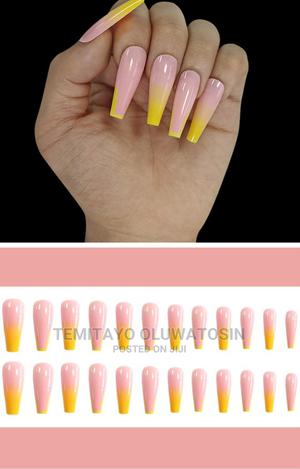 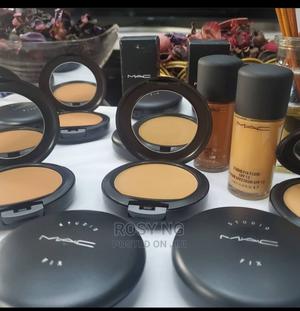 Make-up is a term that refers to cosmetics such as lipstick, eye shadow, and powder that some women use to make themselves look more appealing, as well as cosmetics that actors use to change or improve their appearance. The act of farding is the application of makeup. Farding is derived from the word fard, which can be used as a verb or a noun to describe makeup or other facial cosmetics.
Makeup is a beauty tool that is used to boost a person's self-esteem and confidence. Cosmetics have become more important as more individuals aspire to seem young and attractive. Creams, lipsticks, perfumes, eye shadows, nail polishes, hair sprays, and other cosmetics are easily available today.

The ancient Egyptians were the first to employ prototype cosmetics; numerous Egyptian tombs had makeup canisters and kits. Cleopatra's lipstick was made from pulverized carmine beetles, while other women coloured their lips with clay mixed with water. The ancient Egyptians' use of kohl, however, was particularly noteworthy. Men and women would apply kohl, a mixture of metal, lead, copper, ash, and burnt almonds, to their eyes. The kohl rings were used to ward off the evil eye and harmful spirits, as well as to block out the harsh desert light.
Scientists have recently discovered that kohl cosmetics may have unwittingly assisted the Egyptians in warding off infectious diseases; the lead would kill microorganisms, albeit if the Egyptians had lived longer, the lead would have eventually killed them as well.

The cosmetics you apply to your face might be applied to conceal your true self a little bit. Cosmetics refers to this type of makeup, which includes items such as lipstick, mascara, foundation, and so on. This definition of makeup has been in use since the 1880s, when Queen Victoria pronounced it to be vulgar and only suitable for players on stage.

The term "daily makeup" refers to a type of makeup. Women most typically use everyday makeup to enhance their inherent beauty. Foundation, eye shadow, mascara, eyeliner, eye shadow, lip stick, and gloss are examples of cosmetics.
While most of these items are interchangeable across most categories, the application procedure of everyday makeup differs from that of medical and theatrical makeup. Everyday makeup is usually applied softly, highlighting only the most prominent features of the face. For example, foundation is used to absorb excess oil from the face while mascara is used just to enhance the appearance of one's eyelashes.

Who should buy this product?

Both men and women can apply medical makeup. Its most typically used to hide blemishes and lessen the appearance of rashes, but it can be applied to any part of the body. It can be used to conceal age spots on the hands, conceal varicose veins in the legs, and manage skin issues like birth marks, stretch marks, and scarring from operations or disfiguring injuries.
Actors and actresses use theatrical makeup, also known as television, stage, or film makeup, to enhance their features under bright or harsh stage lighting. To stand out under bright lights, stage makeup frequently uses bolder colors and heavier makeup. While stage makeup is typically worn by actresses and actors, it may be applied by anyone who wishes to display a striking look at any time.

💎 Which Makeup belong to the premium segment?

💰 Which Makeup are the cheapest?